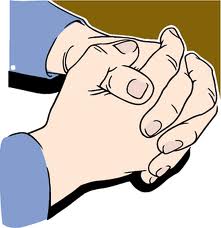 The ruling on interlacing the hands in Salah

Q: Please inform us about the ruling on interlacing the hands in the Masjid (mosque).

It is Makruh (reprehensible) for the Muslims to interlace their fingers when they go and wait for Salah (Prayer) and during Salah itself.

It is reported about the Prophet (peace be upon him) that this act is Makruh. When people go to Salah, it means that they are regarded as if they are in Prayer. Thus, they should not interlace their fingers. Also, they should not do that in the Masjid waiting for Salah or during Salah itself, as this act is Makruh. After offering the Salah, there is nothing wrong with doing that even if they are still in the Masjid. It is authentically reported from the Prophet (peace be upon him) in the Two Sahih (authentic) Books of Hadith (i.e. Al-Bukhari and Muslim) that when he offered Taslim (salutation of peace ending the Prayer), he regarded Salah as completed.

Then, he sat in the front of the Masjid and interlaced his fingers (peace be upon him). Thus, there is nothing wrong with interlacing the fingers after offering the Salah even if in the Masjid.

Source: Fatwas of Nur `Ala Al-Darb>Volume 9>Book of Salah>Adhkar and supplications said during Salah and after Taslim>Interlacing the hands in Salah – http://alifta.com